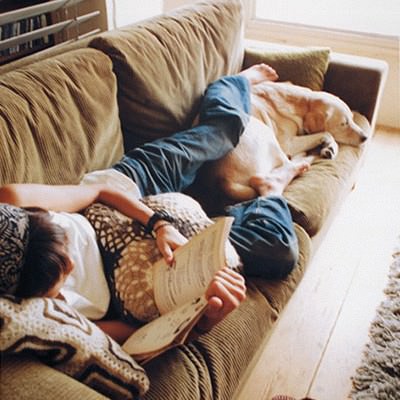 Around the year 2000, by chance, I met a famous chef known as Kentaro in Daikinyama, a city in Tokyo.

We became friends and after some time I met his even more famous mother, Katsuyo, who made dinner for us and said, “I can tell you two are going to be friends for life!”

And just like she said, we really did get along very well. It was almost the same connection I had had with my wife. We didn’t need to explain everything we wanted to say – we could finish each other’s sentences. All one of had to do was say a word and the other words would soon follow.

The three of us – Kentaro, me, and my wife Hiromi – would spend time, day or night, sharing stories and laughing so hard we could cry. Kentaro and I were like brothers.

At the time that we met, Kentaro already had a copy of the TRUCK catalog and was thinking of buying the LEATHER SOFA. When he first came to Osaka to see it, he really liked it. But he said, “I think this is good for an office, but maybe not for a house. Instead of something sleek and stylish, now I feel like I want a sofa that I can just fall into like whomp! when I come home tired from work.”

I understood what he meant. The more stiff LEATHER SOFA seemed to be more suited for people doing something like a business arrangement.

“Alright! I’ll make you a sofa you’ll sink right into!” I said.

In order to get an idea for what the sofa should look like, I asked him what kind of sofa he wanted. First he said, for example, it has to look like it was left behind in an apartment in somewhere like America by the former inhabitants. Then he said, it should look like it would be in the corner of a picture in LIFE magazine (actually, we had perused back issues of the magazine together and he couldn’t find not even one sofa like the one he was looking for). Finally, he said that most importantly, it needs to have that “puff” kind of feeling when you sit on it.

The more we talked, the more certain keywords about how it should look and feel came up.

• Not stylish or showy
• Old-mannish

To be honest, putting all of those together was difficult.

I didn’t even have an idea for the shape or appearance of the sofa. I drew picture after picture but still couldn’t get it together. We kept looking around and doing research in hopes we would find the answer.

We walked down streets together, entering clothing stores and restaurants just to sit on sofas. Of course, we even tried the sofas at furniture stores we passed by. More often than not, as soon as Kentaro would sit down on a sofa he would get up and leave. The ideal sofa he imagined was nowhere to be found.

Along the way, I realized something. It was the depth of the sofa that was important. It wasn’t that a sofa with shallow seats was out of the question, but it also didn’t mean that it being deep like luxurious sofas from overseas was better either.

The first filling for the cushions that I thought of was feathers. Up until that point, I had never used feathers. We had tested out sofas with feather cushions before but they didn’t feel the way we thought they would. I didn’t think I only had to use feathers, but I attempted to make the cushion with them anyway, tinkering with the amount and distribution of the feathers over and over again.

>From the keyword “old-mannish,” I thought of a plush corduroy fabric and had it specially made by a weaver. At the time, I had never seen a sofa made of corduroy anywhere before, but I got the idea from the corduroy pants I imagined an old man would wear.

After that, I made many prototypes. When Kentaro came to Osaka, even in the dead of night, he would sit down and test the cushions repeatedly. It went on like this for over a year. Even though he was living in the separate world of cooking, we shared the same excitement for making things – and it was fun.

Eventually the time came. Right when I looked at it I knew that I had done it. I took a seat on the sofa. I burst into laughter. “This! This!! This is what we wanted!!”

Especially when Kentaro, who came all the way down from Tokyo, said, “You did it! This!!” I was extremely happy. We praised each other’s efforts for finally getting the sofa right.

Because in Japanese, “fluffy” or “soft” is fukafuka, and because I made it “For Kentaro,” I named it FK SOFA.

Honestly, I didn’t think it would sell. No matter which way you look at it, it’s a big sofa. It would be hard to fit in a Japanese home. But Kentaro and I were happy with it and that was more than enough for me. I displayed it in TRUCK and customers tried it out. Seeing the look on their faces when they sat down was so satisfying. The best feeling was when I saw customers with happy looks on their faces and told them, “It’s great isn’t it?”

Before I knew it, it became the most popular piece at TRUCK.

There is another way to enjoy the sofa. If you reposition the back cushions at an angle against the armrests, it turns into a kind of single bed to sleep on. The cushion on one end acts as a pillow for your head and the other cushion on the other end turns into a soft pillow that you can put your feet up on. Every time I slept over at Kentaro’s house, I would sleep on the “FK Bed”.

It has been fifteen years since I first made the FK SOFA, but I can’t help but take a look at their face when a customer first sits down on it. The fine ridges of the corduroy armrests on the same FK SOFA in the store feel just like old, gently worn clothes. Like Kentaro’s image of the abandoned furniture in an old American apartment, you get the feeling that someone left it behind.